According to the American Association on Intellectual and Developmental Disabilities, an intellectual disability is a disability that involves significant limitations both in intellectual functioning and in adaptive behavior. Adaptive behaviors include many everyday social and practical skills such as interpersonal and communication skills, social problem solving and responsibility, the use of time and money, as well as daily personal care and safety. Limitations in individuals often coexist with strengths, and will vary from individual to individual.

Autism: Individuals with disabilities on the autism spectrum may have complex developmental disabilities that typically appear during the first three years of life. These disabilities are the result of a neurological disorder that affects the normal functioning of the brain, impacting development in the areas of social interaction and communication skills. Both children and adults with disabilities on the autism spectrum typically show difficulties in verbal and non-verbal communication, social interactions, and play or leisure activities. http://www.autismsociety.org

Cerebral Palsy is a condition, sometimes thought of as a group of disorders, that can involve brain and nervous system functions such as movement, learning, hearing, seeing, and thinking. Cerebral palsy is caused by injuries or abnormalities of the brain. Most of these problems occur as the baby grows in the womb, but they can happen at any time during the first two years of life, while the baby's brain is still developing. http://www.ncbi.nlm.nih.gov/guide/

Fetal Alcohol Syndrome is a condition that results from prenatal alcohol exposure. It is a cluster of mental and physical birth defects that include intellectual disabilities, growth deficits, central nervous system dysfunction, craniofacial abnormalities and behavioral instabilities. Fetal Alcohol Effect is a less severe set of the same symptoms. It is the only form of intellectual disability that can be totally prevented and eradicated. http://www.nofas.org

Prader-Willi Syndrome (PWS) is the most common known genetic cause of life-threatening obesity in children. PWS typically causes low muscle tone, short stature if not treated with growth hormone, and a chronic feeling of hunger that, coupled with a metabolism that utilizes drastically fewer calories than normal, can lead to excessive eating and life-threatening obesity. PWS is also characterized by motor development delays along with some behavior problems and unique medical issues. Intellectual deficits can be present to varying degrees, but even higher functioning individuals will have learning difficulties. http://www.pwsausa.org

Intellectual Impairment and the Americans with Disabilities Act

People with intellectual or cognitive impairments may develop some of the limitations discussed below, but seldom develop all of them. Also, the degree of limitation will vary among individuals. Be aware that not all people with intellectual or cognitive impairments will need accommodations to perform their jobs and many others may only need a few accommodations. The following is only a sample of the possibilities available. Numerous other accommodation solutions may exist. 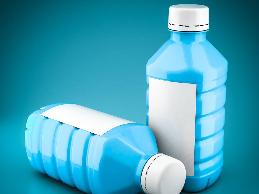 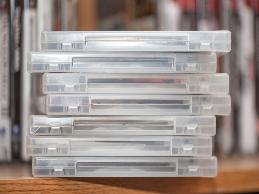 A gaming store clerk with Fragile-X did not know her ABCs and could not read movie titles. 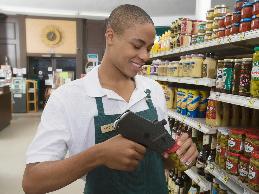 A grocery stocker with a cognitive impairment could not remember to wear all parts of his uniform.

JAN suggested taking a picture of the employee in full uniform and providing the picture to use as a reference when preparing for work. 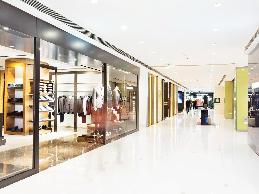 A store clerk with an intellectual impairment had limited reading skills, making it difficult to return items to the shelf.

JAN suggested making picture labels for cases that matched shelf display boxes. This allowed the employee to match pictures, not words, when returning items to the shelf.

Other Information Regarding Intellectual Impairment