Job coaches are individuals who specialize in assisting individuals with disabilities to learn and accurately carry out job duties. Job coaches provide one-on-one training tailored to the needs of the employee. They may first do a job analysis to identify the job duties, followed by developing a specific plan as to how they can best train the employee to work more and more on his/her own until completely self-sufficient and able to perform job duties accurately and effectively without assistance.

Job coaching is sometimes done in a relatively informal way, but it can also involve the application of the evidence-based practice of "supported employment." Job coaches can also work with employers to explore unmet business needs so that jobs can be developed or customized.

Most state vocational rehabilitation agencies employ job coaches, have job coaching as part of their vocational rehabilitation counselors' roles or, more commonly, refer their clients to (or contract with) various non-profit organizations that provide job coaching. Types of these organizations vary among communities, but can include Arcs (and other service provider agencies for people with intellectual and developmental disabilities), community mental health providers, supported employment agencies and programs, transitional employment programs, community rehabilitation programs/providers and Goodwill Industries' vocational programs. Organizations like the Epilepsy Foundation of America, the Autism Society of America, and the National Multiple Sclerosis Society also can be sources of job coaches for people with specific disabilities. For more information on finding a job coach, review JAN's list of resources. 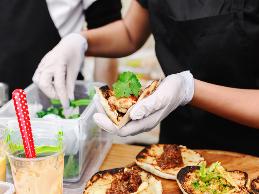 A grocery store chain recently hired a customer care clerk who has Down Syndrome.

The new clerk's job duties require her to be able to quickly group similar items together when bagging customer purchases. Due to her disability, she has difficulty recognizing which products are similar, but can remember such relationships once they are pointed out to her. The employer does not have anyone available to spend the required time to train the clerk. The employer hired a job coach to show the clerk how to match items when bagging products. After about two weeks, the clerk was able to perform the job independently so the job coach was no longer needed.

A teacher with AD/HD experienced disorganization in her classroom due to clutter from many years of teaching.

The employer provided a job coach to help the teacher learn organization techniques, to help separate and store items, and to dispose of previous student work and projects from yesteryear.

A janitor at a furniture factory has a cognitive disability.

His primary essential function is to sweep away the ever-accumulating sawdust, which he does very well. However, once he has performed a complete sweep of the floor, he has difficulty determining when it needs to be done again. This results in the sawdust becoming a barrier to other workers' mobility. The employee is a client of state vocational rehabilitation (VR) and his vocational rehabilitation counselor arranges for a job coach to help address the problem. After monitoring the employee's work and helping him learn to discriminate between a clean floor and one that is ready to be swept again, the job coach is able to fade out his direct involvement, but remains available to support the employee as needed.

She started to experience the gradual withdrawal of the job coach who had been instrumental in the her success. The supervisor began to see a few issues resurface. The employer recruited a co-worker that had formed a positive relationship with Trinity to function as a natural support to her after the job coach was gone, providing the same type of support.

An employer who had just hired a new employee with Tourette Syndrome was shocked when he discovered that the employee was making sexually offensive comments to female coworkers as well as passing around lewd pictures he had drawn.

Meeting immediately with the employee and his job coach, the employer discovered that the employee had Tourette syndrome, had experienced the same issues in previous positions, and was unable to refrain from the comments and the drawings due to his Tourette’s. Since no accommodation had previously been found to be effective, the employer terminated this employee. 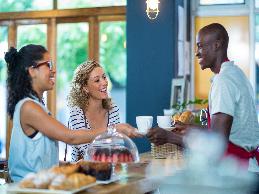 A new hire at a fast food restaurant has autism spectrum disorder.

He completed his new job tasks quickly and efficiently but then remained idle until someone told him the next task to perform. The manager complained that the employee "just stands around" and "looks bored." JAN suggested the use of a job coach to help learn the job and how to stay occupied during down time. JAN also suggested using a pocket-sized flowchart of work tasks that can be done when the employee is at a standstill.

She wanted to hug everyone who came into the store, as well as her coworkers. Some customers were open to it, but many were not. The employer hired a job coach to help Wanda understand the inappropriateness of hugging customers and coworkers alike. The coach worked successfully with her, and was able to fade out her direct involvement, but remained available to support Wanda as needed. 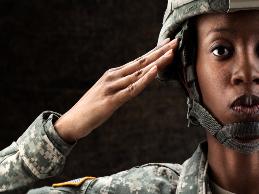 A newly hired janitor has a development disability and will temporarily need a job coach. The cleaning company supplied the job coach and notified the employers that the coach would be coming into their worksites to help with training.

Transcript - Assistive Technology Basics - March 2019
Download (.DOCX)
For individuals with disabilities who pursue self-employment or starting a small business, many skills that fall under the category of executive functioning can be important to start-up and operational success. Executive functioning includes higher-level mental processes or abilities that affect areas such as time management, memory, concentration, organization and prioritization, multi-tasking, completing paperwork, social skills, and attendance. In this Webcast, we will discuss specific situations in a self-employment context and identify possible accommodations. Research shows that self-employment and small business ownership can be a viable employment options for people with disabilities. We will explore ways to make entrepreneurial options available as widely as possible through creative and sustainable accommodations.

Transcript - Executive Functioning Accommodations in Self-Employment - May 2019
Download (.DOCX)
Fundamental Americans with Disabilities Act (ADA) principles can drive the design of effective reasonable accommodation (RA) programs, but the ADA competence and confidence of those responsible for implementing RA programs can have a significant impact on overall ADA compliance. This session will enable human resource professionals, front-line managers, and others, to build their ADA competence and confidence by learning the basic principles of the ADA, and will include practical information about ADA compliance and best practices.

Transcript - ADA Basics Competence Builds Confidence - June 2019
Download (.DOCX)
Join the Equal Employment Opportunity Commission (EEOC) and JAN as representatives provided participants with the latest developments in the application of the Americans with Disabilities Act (ADA) in the workplace, some practical tips for compliance, and answers to tough ADA questions.

Other Information Regarding Job Coaches