October is National Disability Employment Awareness Month and this year’s theme is “Because We Are EQUAL to the Task.” While this month is a great time to raise awareness of the many valuable contributions of America’s workers with disabilities, it’s also an opportunity to reflect on the many changes over the years in how we think about disability and employment.

Job Accommodation Network (JAN) co-directors Anne Hirsh and Lou Orslene have a collective 40+ years of experience providing leadership at JAN. As the JAN Blog editor, I thought this was an opportune time to ask them to share their views on some of the issues at the heart of increasing employment opportunities for individuals with all types of disabilities.

In my initial question, I asked Anne and Lou to talk about the biggest changes they’ve observed during their tenure at JAN for people with disabilities in the employment arena.

Anne’s immediate reply was the Americans with Disabilities Act (ADA). She and I both began working at JAN prior to the passage of the ADA, so witnessed firsthand what a game changer this was. In those early days, some of the first questions regarding the employment provisions of the ADA were fielded by JAN consultants, with Anne coordinating our rapid increase in call volume. A related point she emphasized was the pathway created by the ADA for an individual to disclose one’s disability and subsequently request an accommodation. JAN’s work over the years has been at the forefront of facilitating this process.

On another front, Anne reflected on changes over the past 10-15 years when JAN received calls from parents asking about their children with disabilities transitioning from school to work. In recent years however, the tables have turned in that we’re now receiving an increasing number of calls from adult children contacting us about aging parents who acquire disabilities later in life and need to continue to work. Lou remarked this is a major shift in today’s workforce – many individuals are working longer while still being affected by the aging process. He suggested that employers should have proactive policies and training related to disability and employment because we are all likely in our lifetimes to be impacted by health issues in the context of work. Employers are starting to recognize the benefits of retaining aging employees who, despite an impairment, are capable of continuing to contribute to a business’ success.

Another change Anne remarked on was the increase in the number of students with disabilities in the higher education system. Lou added that particularly in his travel to conferences and training events, he encounters many more highly trained young adults with disabilities applying for positions or currently employed. This progress was fostered by the passage of the Individuals with Disabilities Education Act (IDEA). He remarked that while there is still much room for much improvement in educational parity and hiring rates, notable progress has been made. Programs like the Workforce Recruitment Program for College Students with Disabilities (WRP) and other internship programs are designed to enable talented and motivated college students and graduates to reach their goal of a productive career in their chosen field.

Likewise in the education arena, Lou pointed out that veterans with service-connected disabilities returning from the wars in Afghanistan and Iraq are taking advantage of the Post-911 GI Bill, which supports their educational goals and transition into civilian employment. This will mean more disabled veterans will be entering the workforce or choosing entrepreneurship, which will further diversify and strengthen our economy.

Lou noted a change as well in how we think about inclusion and diversity. It has become more commonplace for issues around disability to be incorporated into mainstream diversity programs and policies, whereas in the past, this was not the case. This shift means that expectations are changing as to what a diverse and inclusive workforce looks like. He added, “We can only expect this shift to increase in speed with the broadening of the coverage under the ADA Amendments Act (ADAAA) along with the new Section 503 regulations.”

My second question for Anne and Lou involved what they saw as the greatest contributions JAN has made in advancing employment opportunities for individuals with disabilities over the past 30 years.

For both Anne and Lou, two words exemplified what they saw as one of JAN’s most important contributions – confidence and competence. For individuals with disabilities, JAN consultants have educated customers on how to become better self-advocates. After thousands of calls to JAN — ultimately one conversation at a time — consultants have provided the information, resources, and guidance so that individuals can become more knowledgeable and empowered to move forward with their goals. Lou explained the same is true for the employers who have contacted JAN. Often HR professionals or managers encounter situations with applicants or employees where they are unsure what to do. They may have an ADA question, a particular accommodation situation, or both. JAN’s consulting services provide a free and confidential way for employers to discuss these situations and concerns. Employers therefore feel more confident and competent when hiring and accommodating qualified workers with disabilities; applicants and employees with disabilities feel more empowered to voice what they need to be successful on the job.

Anne highlighted a second unique JAN contribution — the role our consultants play in problem solving and sharing potential accommodations solutions with customers on a case by case basis. Lou pointed out this knowledge is then shared through JAN’s networking and training with other organizations – particularly service providers. He believes this outreach has expanded with JAN’s effective use of social networking tools and training platforms. Lou emphasized JAN’s strong commitment to support the work of other organizations thereby connecting people and organizations together in support of our collective goal of creating a more inclusive workforce.

My final question for Anne and Lou was on a more personal note – asking each to comment on what they feel is the best part of their jobs as co-directors at JAN.

Both Anne and Lou emphatically stated the best part of their job was making an impact on the lives of the customers JAN serves. As co-directors, both spend a great deal of time on the road and they each stated how blown away they are by the stories they are told about how someone’s life was affected by the guidance they received from JAN. These affirmations are received as well on an ongoing basis through emails, phone calls, and follow-up data. Anne attributes this success to the JAN staff, who she describes as “some of the most dedicated people she knows.” Both said they are constantly amazed at the day-to-day effort and passion the staff brings to their work.

Editor’s Note: Thank you to Anne and Lou for sharing their thoughts for this Blog. The JAN staff appreciates their vision, dedication and leadership.

It’s Back to School Time – Accommodating Educators with Disabilities
A Farmer in Our Midst – An Interview with JAN’s Own Dr. Beth Loy 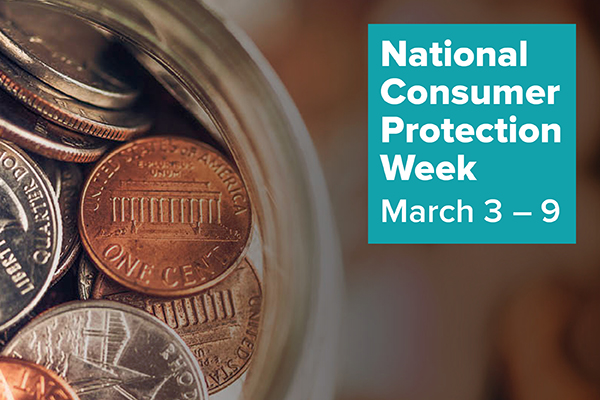 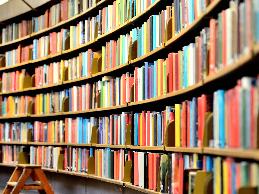