Leave as an Ineffective Accommodation

Discussing when leave is an ineffective accommodation
Listen

Ron is an employee with visible physical disabilities who had been with the same employer for well over 12 years. When a new, larger corporation bought out his, he was told that in order for them to determine if it were safe for him to work, he would have to provide medical documentation. Ron was placed on leave until he could return the paperwork. The problem Ron faced was that his new employer refused to send him the specific paperwork they required. When he called to inquire about it, his calls went unanswered and unreturned. Ron was on his third week of leave, his second without pay, with no hope of rectifying the situation when he contacted JAN.

Sue is an employee with a mental health condition who began taking new meds and needed the accommodation of temporarily working a shortened schedule. The employer immediately put Sue on leave while they “worked out” the situation for both parties.

An employer who called JAN to ask about a specific accommodation request told of a policy they have to put all employees on leave while they progress through the accommodation process and determine if accommodations will be effective.

Tad was trying to return to work after a leave of absence. He had worked well ahead of time with his doctor to make sure everything was in place for accommodations at his return, but was put on unpaid leave while his employer delayed bringing him back, telling him they weren’t able to contact his supervisor at the last minute.

Davis, employed in a large urban bus garage office, solely did administrative work. Once he began to have seizures, his employer put him out on leave until the doctor could verify that he would never have another one. The employer stated that Davis was no longer safe in the workplace, since he would be unable to drive busses back and forth for repairs.

Leave can be a very effective accommodation if needed and recommended by the health care provider. According to the Equal Employment Opportunity Commission (EEOC) in its guidance on Reasonable Accommodations and Undue Hardship, permitting the use of accrued paid leave, or unpaid leave, is a form of reasonable accommodation when necessitated by an employee's disability. An employer does not have to provide paid leave beyond that which is provided to similarly-situated employees. Employers should allow an employee with a disability to exhaust accrued paid leave first and then provide unpaid leave.

An employee with a disability may need leave for a number of reasons related to the disability, including, but not limited to:

However, the EEOC also states in an informal guidance letter that leave is ineffective if an employee can work with accommodations, as it would be forcing the employee to accept a less effective form of accommodation and depriving a qualified employee of his job and the ability to earn an income.

So how do these EEOC guidances relate to the examples at the beginning of this article? When an employee has been able to do the job, and the first indication the employer has that the employee is having difficulty comes in the form of an accommodation request, it seems harsh and maybe retaliatory for an employer to respond in such a way as to deny the employee the ability to work. And not only this, but also requires the employee to burn through his paid leave for reasons not related to actual need, such as vacation, sickness, or a disability. If the employer is unable or unwilling to work the situation out expeditiously (as the EEOC recommends that accommodations be provided), the employee may be left off work with no pay. There may be little indication here that the employer is working in good faith, but rather uncooperatively, even punitively.

In its guidance on applying performance and conduct standards, the EEOC states that “an employer may need to determine what happens to an employee while it is handling a request for accommodation. For example, an employer might require an employee to perform only those functions of the job for which accommodation is not needed while processing the request. In other situations, it may be appropriate for an employee to take leave.”

Jake became increasingly paranoid and thought his coworkers were out to get him. He gradually become unable to do his assigned work. For several days after a brief period of leave, Jake showed up late, highly confused, and very unkempt. The employer placed Jake on leave while he was being medically evaluated.

Arletta began to have multiple seizures and was placed on leave by her doctor until they could get a better idea of what was going on, as her seizures were uncontrolled and it was unknown what might be triggering them. Arletta was an operating nurse. Her employer provided her with the accommodation of leave, as requested by her neurologist, while she was undergoing testing and treatment.

Jim incurred a back injury in a car accident. His job required him to stand and lift tools to make repairs over his head, which he was now unable to do. Even though Jim’s employer worked with his doctor to determine accommodations, none were found to help him perform the functions of his job. Jim’s employer placed him on leave while they worked with his doctor to determine effective accommodations, even a possible reassignment.

Kim worked in a highly specialized job where she had to think through complicated processes and assign coworkers tasks in a very fluid and changing environment. Kim had a slight stroke that affected her cognitive ability to think through and effectively sort out the tasks. Her neurologist wasn’t sure what effects she would have until she was on the job, but her employer saw very quickly her deficits. Kim was placed on leave until they could get more medical information about what was going on with her cognitive abilities.

What is an employee’s recourse when the employer insists on keeping the employee out of the workplace? We would recommend keeping in contact with the employer, in writing so there is documentation to show how the employee was trying to make a good faith effort to get back to work. An inquiry letter to the employer clarifying that the accommodation request was for modifications on the job, not to be removed from the job could be a first step. Reiterating that the medical documentation supported the return to work, as well as stating past satisfactory work history and performance as evidence that the employee has been able to do the job may help the employer to change their stance. It may be appropriate to ask to have the employee’s own leave restored and be put on paid administrative leave at the employer’s expense if the employer’s policy is to remove a person from his job simply because he requests an accommodation.

Ron’s new employer hadn’t seen any issues with his performance that would have led them to believe he was unsafe, nor had they checked his past work performance. He felt they judged it purely on the fact that he used a walker. A better solution would have been for the new employer to talk to Ron about any concerns and let him address them.

In Sue’s situation, a better solution for both parties may simply been to allow Sue to work, even temporarily, a shortened shift of 10 hours. She would have been productive, and would have earned a paycheck.

Tad’s employer should have been making a good faith effort to work with Tad and his doctor while he was off so that he could return on the day that he was able. Instead, the employer waited until the day Tad was to return, and failing to make the connections, forced him to stay home without pay.

Although Davis had never driven a bus in the decades he had worked there, his employer used this to keep him out of work, forcing him to use his leave. According to his neurologist, Davis most likely could have worked safely and effectively in his office with accommodations. The employer should have considered this.

As you can see, there may be times when leave is absolutely needed as an accommodation in order to help an employee receive the treatment or rest they need due to a disability. But there are just as many, if not more frequent times that an employee could continue to work with an accommodation. It makes sense for an employer to carefully evaluate the situation and determine if the employee is able to work with accommodations, perhaps even those of a temporary nature, in order to keep him on the job, completing his duties while earning a paycheck, and retaining his leave for when it is needed. If an employer has doubts as to whether an employee is capable and /or safe to do his job, they should rely on documentation from the employee’s treating physician to help make the determination. An employer should not overlook a full conversation with the employee in order to get more information in working out a solution. 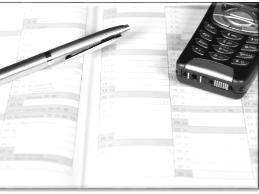