Accommodations for Glaucoma: A Silent, but Progressive Condition

For those who receive regular eye exams, a part of the testing is often eye dilation. It’s a familiar process for many of us who wear glasses. Here’s how my most recent appointment went. Dilating eye drops were dropped into my eyes. After about 20 minutes or so my pupils fully opened. My eyes are blue so they open faster than those that are darker. For darker eyes, it can take around 30 minutes, depending on the type of eye drops used.

Once dilated, my vision was very blurry, especially when I tried to focus on close objects. I was also very sensitive to light. Once I walked outside of the office after my appointment, the light sensitivity was very disorienting. I couldn’t drive after my appointment so I had to hitch a ride home. My ophthalmologist said he tested the pressure in my eyes and my peripheral vision to see if there were any signs of glaucoma. At this time there were not, but I have a family history of glaucoma, which is one of the risk factors for diagnosis.

Glaucoma is more common in individuals over 60 years of age and is more common for those who are African American or Hispanic/Latino and over age 40. Diagnosis is usually of the open-angle glaucoma type, but there are many other variations of the condition. There are two categories of glaucoma, including what is called primary and secondary glaucoma. Besides open-angle glaucoma, primary glaucoma types include: normal-tension glaucoma, angle-closure glaucoma, and congenital glaucoma. Secondary glaucoma covers diagnoses called neovascular, pigmentary, exfoliation, and uveitic.

What is interesting is that glaucoma can happen in one or both eyes. And, glaucoma doesn’t always correlate with high eye pressure, since what normal eye pressure is for one person isn’t normal for another. Many people, however, don’t have any symptoms of glaucoma. Symptoms are often very slight and include progressive vision loss associated with peripheral vision. Treatments for glaucoma are surgery, medicine, and laser treatment. If left untreated the loss can result in blindness. Treatments vary in their success, which is why job accommodations are often an important part of the workplace for individuals with glaucoma.

Let’s look at a couple recent examples of employees who used reasonable accommodation to improve their productivity.

For more information on impairments resulting in low vision and accommodations for low vision, limited visual field, and photosensitivity, see: 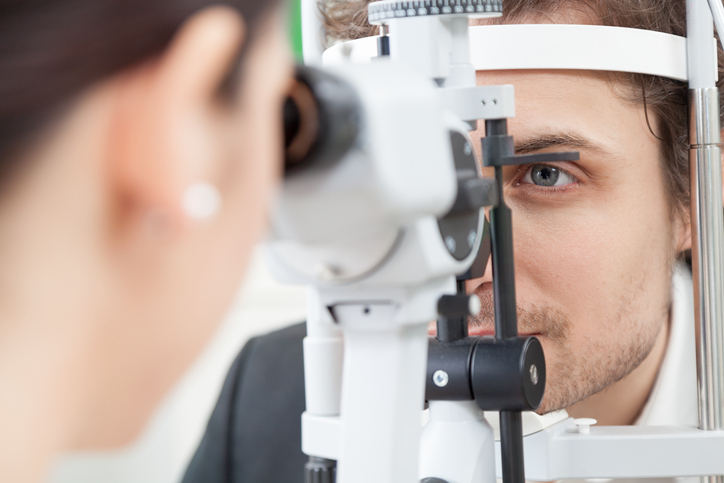