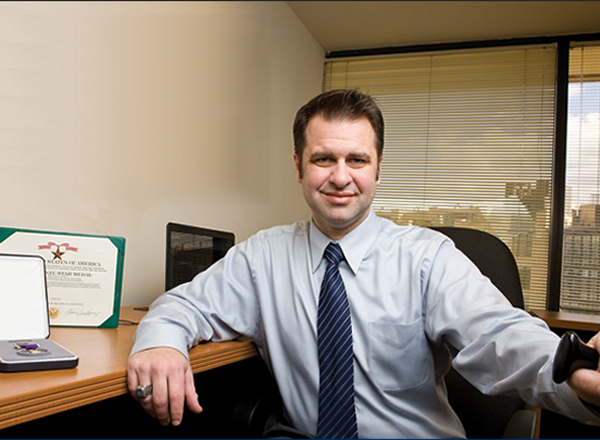 When military personnel transition to civilian employment, America's businesses stand to benefit. In the case of Thomas Krueger, the beneficiaries are a Maryland-based public relations firm and the Federal government clients it serves—as well as the Veterans’ community at large.

As a Content Management Specialist for the National Resource Directory (NRD), Thomas works to help wounded, ill and injured Service Members, Veterans, and their families and caregivers navigate the services and programs available to assist them during recovery and rehabilitation. The online resource is a collaborative effort between the U.S. Departments of Defense, Labor and Veterans Affairs, and Thomas works for a private firm contracted to support it.

Thomas brings to the job an insider’s knowledge of the challenges faced by the NRD’s audience. He served in the Army in both the Gulf War and Operation Iraqi Freedom, with his tour in the latter coming to an abrupt end when he was severely wounded by a car bomb in April 2005. During his recovery and rehabilitation, which included several surgeries to reconstruct his feet, Thomas was reassigned to a non-deployable job training ROTC cadets at the University of Southern California (USC). He was honorably discharged in 2007, and went on to earn his degree in International Relations from USC in 2009.

After graduation, Thomas knew he wanted to continue to serve and soon found himself in the Washington, D.C., area helping manage the NRD. The only workplace accommodation Thomas requires is being able to elevate his feet every now and then and not being required to stand for long periods, something easily accommodated in a primarily office-based job. He also has to allow additional time when traveling to client meetings using the Metro, D.C.’s public transportation system.

Thomas says there have been other less obvious challenges to adjusting to the civilian workplace, some of which relate to misconceptions he feels people sometimes have about Veterans whether or not they have a disability. “Combat experience is intense, and it can lead people to assume things and treat Veterans differently. They don’t need to,” he says. “They just need to understand the benefits of bringing in a Veteran. It’s more than the actual work. It’s leadership skills and a mission-oriented approach to problems.”