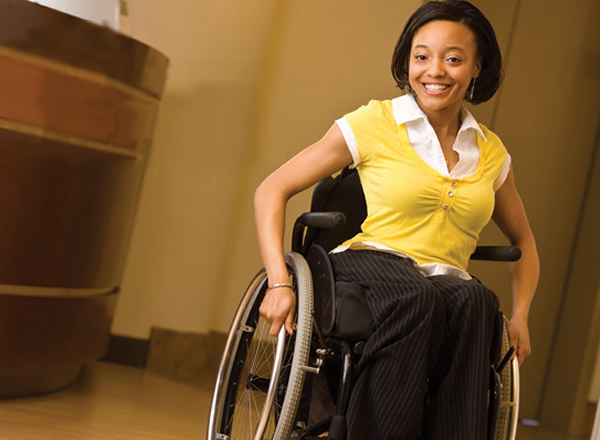 If Tenika Washington reflects the next generation’s workforce, then America’s future is bright. An intern and community college student, Tenika approaches both work and school with conscientiousness and contagious enthusiasm.

Tenika, who uses a wheelchair, interns at her local government health department. She handles a range of administrative responsibilities, such as answering the phone, filing, scheduling appointments, processing correspondence and generally assisting her supervisor in managing a city public health program.

Tenika’s workplace is, for the most part, accessible to her. Accommodations her employer has made for her mainly include office layout adjustments, such as moving frequently accessed files to a lower filing cabinet. Colleagues often also assist by holding non-automatic doors for her. Tenika can drive to work, but often takes public transportation because she finds it’s faster; she prides herself on punctuality as a sign of professionalism.

The best part of her internship is the opportunity to learn something new every day to help prepare her for future jobs, Tenika says. Specifically, she plans to go into medical billing, and when not at the office, she’s often studying to achieve that goal. Tenika values her independence and chose this field because she feels it will offer fulfilling and flexible career options for the future—a future which looks very bright for this dynamic young woman.