Suicidal Ideation in the Workplace

Learn more about dealing with suicidal ideation in the workplace
Listen

According to the American Psychological Association, suicide accounts for approximately two percent of all deaths in the United States. Suicide is a tough and uncomfortable topic for most, however, suicidal thoughts might accompany a variety of disabilities, medical conditions, or high stress situations. If someone is experiencing these thoughts it may impact all aspects of their life, including work.

Let’s consider some examples of how suicidal ideation might present itself in the workplace and some practical tips for how an employer might address the concern.

Example 1: Jane has been working with her company for 5 years. Recently she has started to struggle with depression. She had been working with her psychiatrist, but up until this point had no reason to disclose the condition to her employer. One morning Jane was having a difficult time and was experiencing some suicidal thoughts. She called her employer to let them know what was going on and that she was going to check herself into a local mental health facility.

Example 2: Bill was diagnosed with PTSD two years ago after experiencing a traumatic event. He previously disclosed the condition to his employer and has an accommodation in place of telework as needed. One day Bill did not feel at his best, but decided to go into work anyway. While sitting at his desk he suddenly became alarmed by some suicidal thoughts that he was having. He was unsure what to do and could not focus on his work so he decided to go talk to his supervisor.

Example 3: Jordan loves her job and was always the first one to the office in the morning. She was frequently teased for not taking advantage of the ability to wear jeans on Fridays as she was always dressed very professionally. She was often seen stopping to say good morning to each of her coworkers on her way down the hall. Over the period of a month one of Jordan’s coworkers started to notice that Jordan had been increasingly late for work. She was still dressing professionally, but often seemed disheveled with messy hair and no makeup at times, which is unlike her. The coworker felt this was odd, but wanted to respect her privacy. By the end of the month Jordan had stopped saying good morning and the coworker witnessed her beginning to take personal items home and return others to the office supply closet. When this occurred, the coworker decided to talk to the manager.

Let’s first take a look at Jane’s situation. A call off expressing suicidal thoughts is likely not something that should warrant an automatic termination. An employer would want to remain objective and recognize the situation as an accommodation request. Jane is indicating what is going on and that she needs leave time to attend medical treatment. As with any accommodation request, when the condition is not known or obvious the employer is entitled to some documentation to support the need for accommodation.

Solution: In this case, the employer informed Jane that they would process the leave and told her to go receive the help that she felt she needed. They told her that once she is settled to let them know how they might receive documentation from the facility and an approximate return to work date. The employer also notified Jane that if for some reason she could not contact them directly to have the facility, family member, or a friend do so as a way to keep them informed and provide the needed information.

Next, we have Bill who was going to his supervisor’s office to inform her of the thoughts he was having. If an employee approaches an employer in the workplace and indicates that they are having suicidal thoughts, there may be an instinct to immediately send the employee home. While the intention may be good, simply asking the employee to leave might not be the best suited response. Here are a few questions the employer might keep in mind.

Solution: The supervisor talked with Bill about what was going on. She asked if she might call Bill’s wife to come to the office or if he felt that he needed to go to the hospital. They decided to call Bill’s wife. When she arrived the three of them discussed the situation. Bill decided that his wife would drive him to see his doctor. The supervisor called and let security know that Bill’s car would be in the parking lot until someone could return to pick it up. She also told Bill that she would need a doctor’s note clearing him to return to work. Bill’s wife agreed to call the supervisor the next day to update her on when Bill might return.

In our last example, you will recall that Jordan’s coworker was informing the manager about her concerns. According to the Equal Employment Opportunity Commission (EEOC) an employer has the ability to inquire about a disability or send for a medical exam when they have reason to believe, based on objective evidence, that the employee’s ability to perform the essential functions of the job is impaired or that the employee might pose a direct threat. This might also be done if reliable information comes from a credible third party. In this case, the employer would want to consider who the information is coming from and make sure that it is based on objective evidence and not speculation.

Solution: Since this particular coworker was someone who had worked with Jordan for years and could explain some of the behavior changes that she had seen, the manager decided to bring Jordan in to have a conversation. The manager mentioned the recent late arrivals as well as some concerns they have received that she has not seemed like herself lately. The manager explained the importance of being on time and that there are only so many occurrences that can take place in the conduct policy. They also asked how things were going. Jordan disclosed to her manager that she has had some things going on in her personal life and has been feeling increasingly overwhelmed at home and at work. She indicated that she was unsure that she could handle all of it anymore. The manager informed Jordan of the EAP that is available for all staff and offered to walk her down to their office.

It’s important to remember that each situation is case by case and individualized. The most important tip would be to remain objective and assess the situation. The EEOC provides information on the topic of direct threat in Section 4.5 Standards Necessary for Health and Safety: A “Direct threat” of the Technical Assistance Manual: Title I of the ADA.

Also see the EEOC’s Enforcement Guidance: Disability- Related Inquiries and Medical Exams under the ADA for guidance on what types of documentation might be asked for. 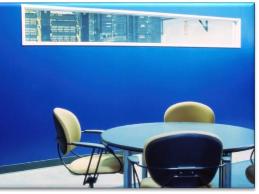