A Fictional Representation of a Very Real Disorder: Narcolepsy with Cataplexy

I recently read a novel where the heroine had narcolepsy and along with that cataplexy. It was both interesting and informative to read about the main character’s sleep disorder, health issues, and medication regimen. Based on what I already knew about both conditions, the information seemed to be detailed, factual, accurate, and represented very realistically. What I found most interesting were the feelings of the character and how she tried to keep her medical condition as private as she could and her schedule as routine as possible to enable her to have sufficient sleep that in itself helped ward off her terrifying episodes of cataplexy. It was evident in the storyline how those factors affected not only her general health and well-being, but also her employment as well.

We consult with many callers at JAN who have questions about narcolepsy. Individuals who call requesting assistance in explaining sleep disorders to their employers often share not only the same symptoms displayed by the heroine mentioned above, but also the same employment concerns.

Employees who disclose sleep disorders often encounter doubt and disbelief that their conditions are real. Many employers ask if they truly exist. Callers are often stymied by something that is not visible and seems to be something that a good night’s sleep should take care of. Not the case at all! Sufficient sleep definitely helps those diagnosed with a sleep disorder, but it isn’t just a case of individuals staying up too late and falling asleep at work on a daily basis.

Narcolepsy is a chronic sleep disorder that makes wakefulness impossible at times, regardless of circumstances. While narcolepsy is a matter of excessive daytime sleepiness, cataplexy is something altogether different. It too is uncontrollable, but has a much different set of symptoms. Cataplexy can range from slurred speech to a complete loss of muscle control. It can last from a few seconds to a few minutes. Cataplexy is triggered by intense emotions, usually positive ones like laughter and excitement, but can be caused by fear, surprise, or anger. Lack of muscle control can range from a drooping head to buckling knees. Here are a few examples of accommodation solutions for employees with sleep disorders.

An architect who works in an isolated office space was having great difficulty staying awake during the afternoons. His employer allowed him to combine his lunch and breaks so that he could take an early afternoon nap, but the accommodation was unsuccessful. JAN suggested an ear alarm that would go off to wake him when his head nodded off in sleep. An adjustable workstation was also suggested, so that he could easily move about from standing to sitting to help with wakefulness. Because he spent a good amount of time communicating with clients, a wireless headset was also suggested so that he could walk around while on the phone to increase alertness.

An IT professional who could do her job from home requested telework when she started to have an exacerbation of episodes of cataplexy. She was working with her doctor to find the proper prescription solution, but her episodes were likely to continue if only for a temporary amount of time. Her employer provided the telework as an accommodation on a temporary basis to see how successful it could be, looking to Skype her in for meetings with clients where she needed to have a presence.

A new manufacturing employee asked to be accommodated with a day shift instead of the night shifts he was hired for as the disruption to his sleep schedule was causing issues with his narcolepsy and an increase in incidence of cataplexy. His employer denied the accommodation request for two reasons: there were no day shift positions open and shift positions are awarded strictly on the basis of seniority. Because he was one of the newest employees, he did not qualify for the seniority qualification. The employer did ask about alternate accommodation ideas to help the employee work successfully on the night shift.

For more information on narcolepsy and / or cataplexy, and accommodation ideas for the workplace, contact JAN! 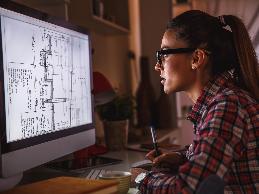